Nizpro as the name suggests was established in the late 1980’s to service the performance requirements of the Nissan car owner, with a specific orientation towards turbocharging.

A desire to keep boundaries of engine performance has seen the Nizpro team involved with all facets of high performance engines from race car preparation, the building of various race vehicles, along with engine development for AUSCAR, V8 Supercar, Nations Cup, GT Performance, Ski Boat and various other categories. 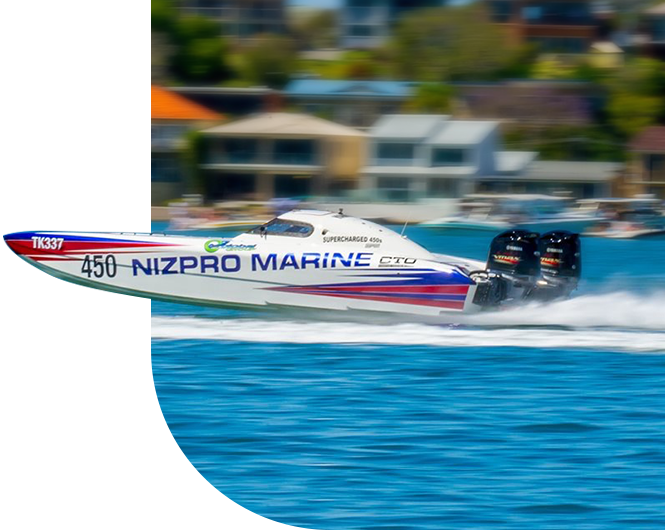 A journey to marine

Our objective was to develop the most powerful 6 cylinder outboard marine engine on the planet.
And that’s exactly what we did!